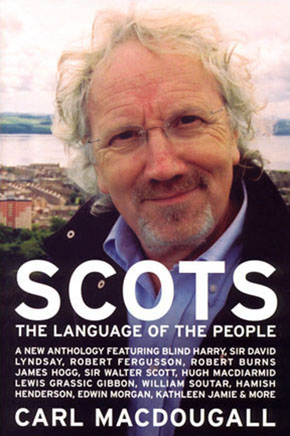 Scots: The Language of the People

Accompanies the four-part television series screened by BBC2 in early 2006. Written and presented by Carl MacDougall, the series tells the story of the Scots language from its common roots with English to the present day.

Carl has compiled an anthology which features the work of 50 writers covering more than 800 years, from the anonymous 13th-century makars to Edwin Morgan, Tom Leonard, Adam McNaughtan and Kathleen Jamie. Our greatest writers, William Dunbar, Robert Burns, James Hogg, Sir Walter Scott, Robert Louis Stevenson and Hugh MacDiarmid, are featured. Extracts from the great epic poems on Bruce and Wallace, the works of Gavin Douglas, Robert Henryson and Sir David Lyndsay, sit alongside anonymous ballad singers and unknown writers whose work appeared in 19th-century newspapers and magazines. The great prose pieces are included, from the 16th-century curiosities to stories by John Galt, Lewis Grassic Gibbon and Robert McLellan. Our finest poets and songwriters such as Allan Ramsay, Hamish Henderson, Marion Angus and Robert Fergusson rub shoulders with Robert Tannahill, Neil Munro, Robert Garioch and William Soutar. Each piece carries a separate introduction and the contents are arranged to make the anthology as readable as possible, showing, through living, practical examples, how the language developed and survived and how its present is healthier than ever. 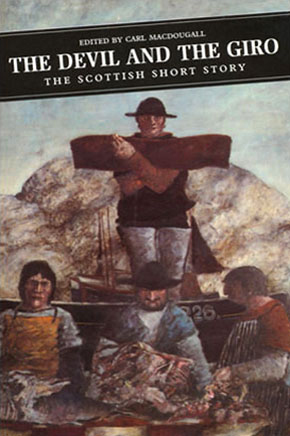 The Devil and the Giro

Two Centuries of Scottish Stories collected and Edited by Carl MacDougall. "The Scottish short story has its roots in an oral tradition where stories were told to entertain.

It is a tradition that has not diminished over the years and indeed there is today a body of young writers in the forefront of contemporary literature whose narrative voice is as compelling as that of their illustrious predecessors. The Devil and the Giro includes stories from all the major Scottish writers both famous and unsung. Hogg, Stevenson, George MacDonald, Conan Doyle, Hugh MacDiarmid, Muriel Spark, James Kelman and Alasdair Gray are but a few of the fifty contributors". 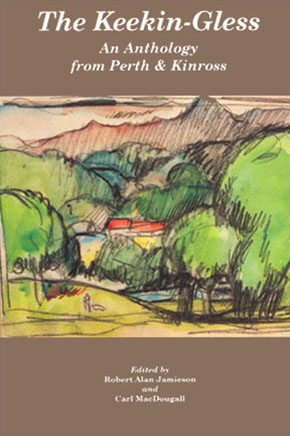 An anthology from Perth and Kinross edited by Robert Alan Jamieson and Carl MacDougall (successive William Soutar fellows) featuring stories and poems by over 75 Perthshire writers.

Some are well known, others not so, what binds them is a sense of place. It is a celebration of place by folk who live and work there, by folk who have moved away yet have maintained their love for it; but mostly the anthology is a celebration of the folk themselves - the range of their experience, their emotional life and the ways in which they have created and maintained the culture of the area. 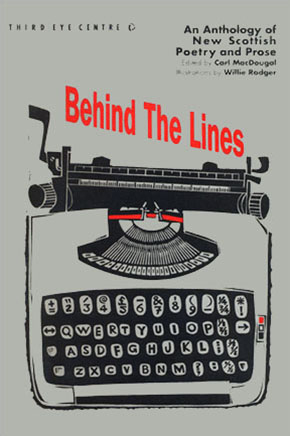 An Anthology of New Scottish Poetry and Prose. 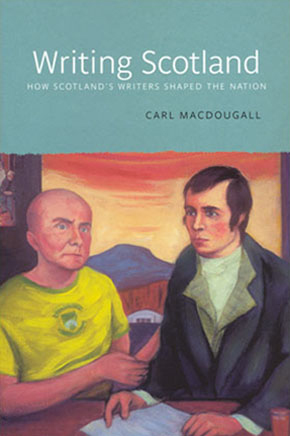 "For centuries a series of distinctive voices have kept the idea of Scotland alive and given the world a literature which is the birthright of every Scot."

"In Robert Burns we have the only poet enjoying worldwide celebrity. Sir Walter Scott invented the historical and romantic novels, Conan Doyle gave us the world's most famous detective and Robert Louis Stevenson invented the psychological novel." To accompany the eight part television series "Writing Scotland", produced by Hopscotch films for the BBC, Carl MacDougall takes a fresh and passionate look at Scottish literature from Burns to the present day, with comments from contemporary authors expanding on the main themes of the television series - the first ever about Scottish literature - landscape, superstition, tartan myths, religion, lost voices, travel and much more. 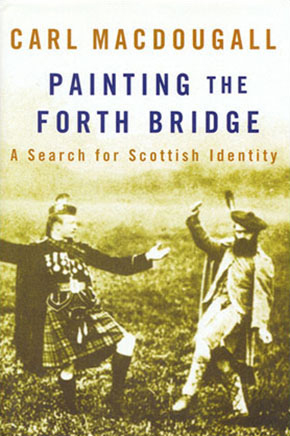 Painting the Forth Bridge

With the new parliament established, Scotland stands poised on the brink of the most momentous changes in its political, social, economic and cultural life.

Carl MacDougall here explores the nature of the Scottish identity, examining its roots and evaluating the possibilities of a new flowering in the years ahead. His investigation takes the form of a journey through the country, past and present, following loosely in the footsteps of Edwin Muir, who, in his classic Scottish Journey of 1935, described a similar quest. Unlike Muir, who was frequently depressed by what he observed, MacDougall finds a country buoyed up by optimism, an economy that is flourishing and old national traditions being revived. Applying his pointed critical analysis to Scottish art, architecture, dance, music and literature, the author strips away the layers of romantic mythology associated with Scottishness - from Bonnie Prince Charlie to Braveheart - and assesses how the desperate need for a hero has led the Scots first to deify and then denigrate individuals from Robert Burns and Walter Scott to Sean Connery and Billy Connolly. Throughout this subtle and, at times, searing critique, MacDougall argues for a newly self-confident national identity based on the contemporary realities of Scottish life and culture. It is indispensable reading, not only for Scots, but also for all those concerned with the issue of nationhood in the Europe of the third millennium.